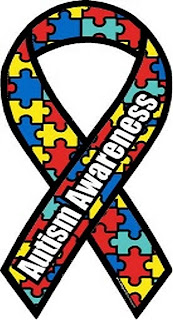 At I run a course called 'Autism, Asperger's and ADHD' for Psychology undergraduates. One frequent discussion point is that of the Autistic label and the negative connotations that this has for 'suffers'. What is encouraging is that there is a move to reclaim the label by some Autism advocacy and parent groups. This trend to reframe Autism, not as a disorder, but as a different cognitive style is viewed in different ways across academia and the medical profession.

Parents seem to be divided on the topic as well. There is the diagnostic use of the term 'Autistic Disorder' as a descriptive category (e.g. DSM-IV, ICD-10), but also the more popular use of the term 'Autism' that means different things to different people. Then there is the often inaccurate way the condition is portrayed by the media. Even the words we use to describe a 'condition' or a 'disorder' are influenced by our thinking and our notion of what 'it' is. That's why for me it is vitally important to know what one is referring to when talking about Autism. Are we trying to describe a cluster of co-occurring symptoms or are we trying to give someone a classification, "He's Autistic" or "He's an Aspie" and what purpose does this serve? For research it's important to deal with the symptoms rather than the label. I'm interested in what it means to have a condition on the Autistic spectrum and how virtual worlds like Second Life might be of use to those diagnosed with Autism and Asperger's Syndrome.

The Second Life Group 'Autism Research' is now well established and I've had a number of discussions with people over the past few months about the use of the virtual world by people with Autistic Spectrum Disorders (ASD). There are a very large number of people with ASD in Second Life and what is apparent is that they are using it for a variety of reasons. Some people I've spoken to with Asperger's Syndrome claim that the text-based nature of the social interactions is a better way to communicate whereas others say it's the game-like quality of the platform that is appealing. There are a few papers recently published on this topic.

I'm currently setting up a research project that is investigating the use of the grid by people with these conditions. I'll post further updates here as the project develops.