3D Therapy for Asperger's and ADHD

This is an interesting video from an American News Channel about an "...innovative new therapy offered at the Center for Brain Health in Dallas. The news report has dummed-down the real work going on here but have a look at the clip and if you look passed the cheesy reporter's clichés, "...funky computer pastime", it's quite interesting. They're practicing social skills in Second Life by running virtual job interviews for people diagnosed with Asperger's. 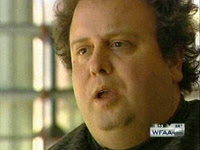 I think practicing social interactions is something that thousands of people do everyday in Second Life. The persona we adopt in an interview is just another face we choose to show to the world, if not a highly conformed one. This is probably similar to the way anonymous avatars present to the virtual world, it's just that in virtual worlds avatars are free to bend or violate those social rules and in a formal job interview that's probably a bad thing to do.
As a halfway house this seems like a good idea but the assumption behind the 'therapy' is that the skills will be generalised to real life situations. This is one bugbear with behavioural treatments for Autism. It can take a great deal of time to transfer a skill base from one context to another. Behaviourally speaking I'd view this with suspicion until the researchers/practitioners found evidence of effectiveness in the real world. The lack of reinforcing cues such as spontaneous nods, non-verbal cues and body language that are missing in the virtual world would be the essential parts of communication in a job interview. However, they are using real-time voice and the intervention has got to be a good way of reducing the anxiety of a real role-play interview; it can also be done over the internet. I have an open mind on this type of therapy and look forward to reading their findings. I’ll blog more here once I’ve managed to find out more about this work.

I'm resistant to the idea of attributing the label 'Patients' to anyone diagnosed with Asperger's Syndrome but at least here we see what looks like a Second Life intervention with some common sense behind it. I'm still not convinced that they are doing ‘Therapy’, perhaps in a loose sense of the term, or even as they claim, “…training the brain to adapt and respond” over and above what we normally do in everyday life. What is special about this intervention, it would seem to me, is that people with Asperger’s are engaging with virtual relationships and benefiting from them.

The video clip of the news report can be viewed at the link below (2mins) as well as the accompanying web page.